The Archaeological Park Xanten on the Lower Rhine is one of the largest open-air Roman museums in Germany. The park, where new archaeological excavations regularly take place alongside reconstructed Roman buildings, gives visitors an impression of the former appearance of the Roman settlement Colonia Ulpia Traiana (CUT). Since 2008, the approximately 60-hectare outdoor area has been supplemented by the LVR-RömerMuseum. The permanent exhibition, which extends openly over several floors, shows a variety of excavated exhibits in the immediate vicinity of where they were found.

In order to give visitors a sense of the topography of the Xanten area right at the beginning of their tour of the exhibition, the multimedia specialists or ArcTron 3D designed a suitable landscape model. 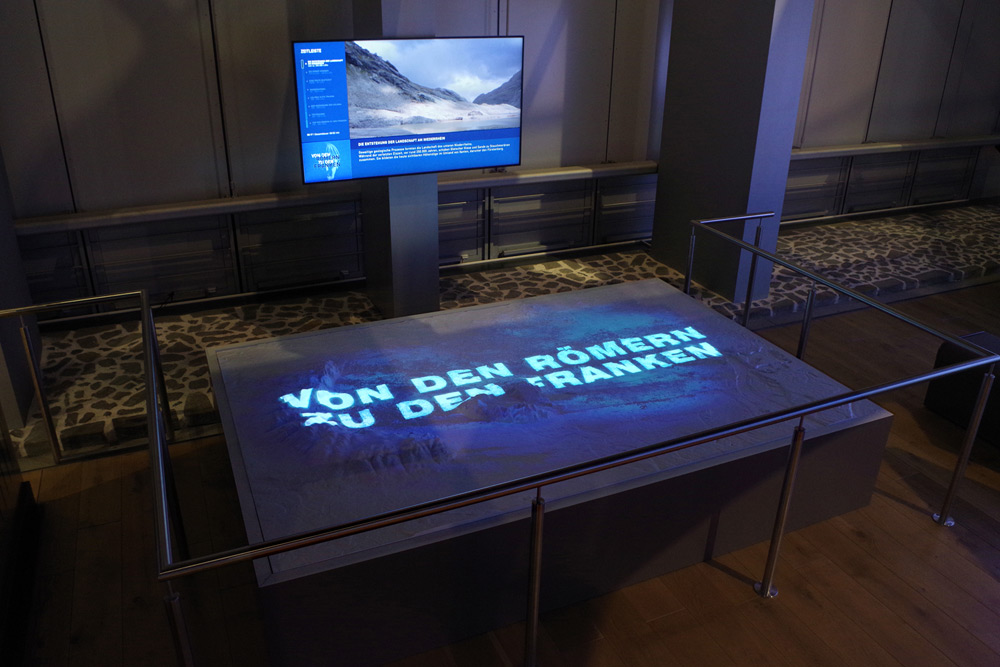 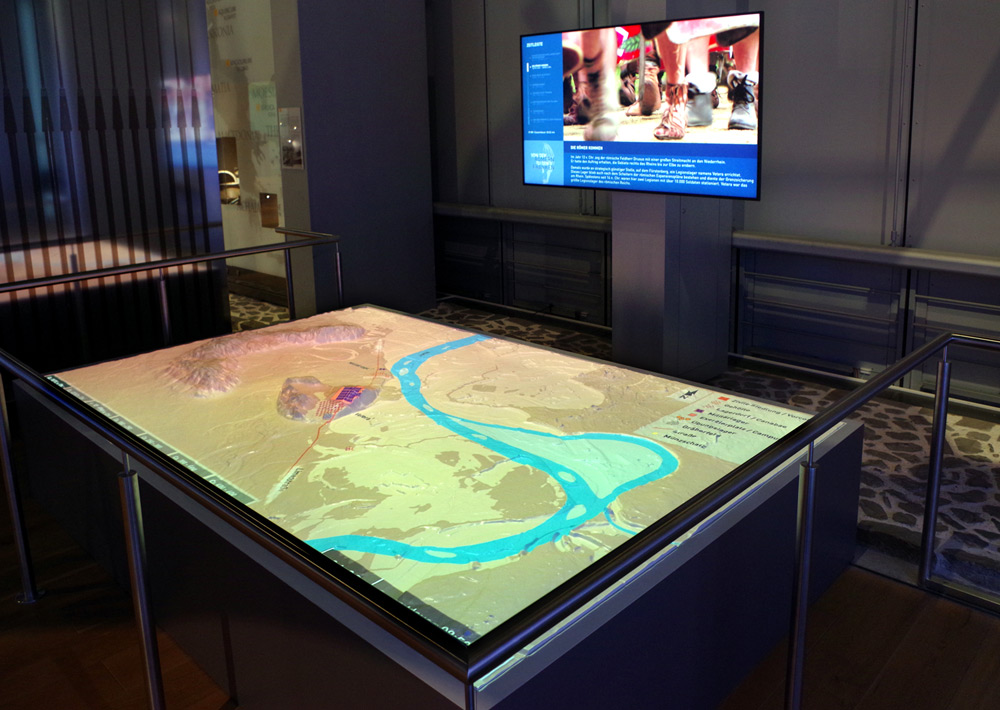 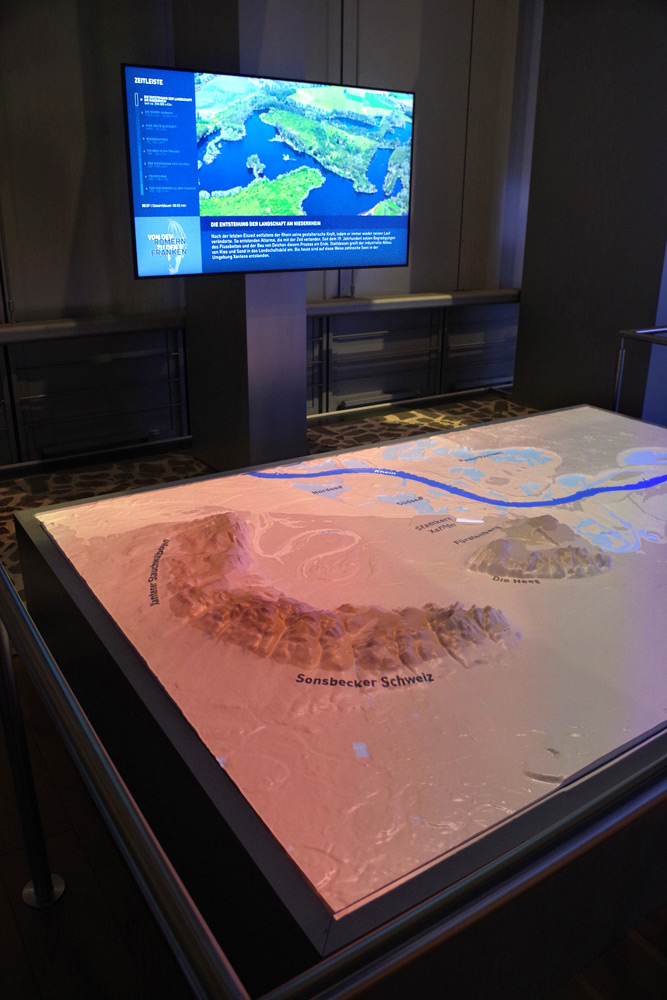 With the help of real data from the airborne laser scan survey, a 2.8 x 1.85 m milled model was created. In order to illustrate how the Roman settlement of this landscape changed again and again over the centuries, animated maps are projected onto the terrain model. They show the traces of settlement in several phases, from the arrival of the first Romans in 13/12 BC, through the heyday of the CUT in the 2nd century AD, to the takeover and displacement by the Franks from 600 AD.

Content is coordinated with the client, subject matter experts and technicians.

This beamer projection is complemented by an informative and appealing screen presentation. For each phase, short and simple texts are shown together with photos, graphics or videos that describe life at that time in more detail.

Projection and presentation are precisely timed to each other, resulting in a coherent overall solution for all the media presented.

We would like to express our sincere thanks for the particularly intensive and constructive cooperation with the scientists, graphic designers and technicians at the LVR Archaeological Park Xanten and the LVR-RömerMuseum on this project!